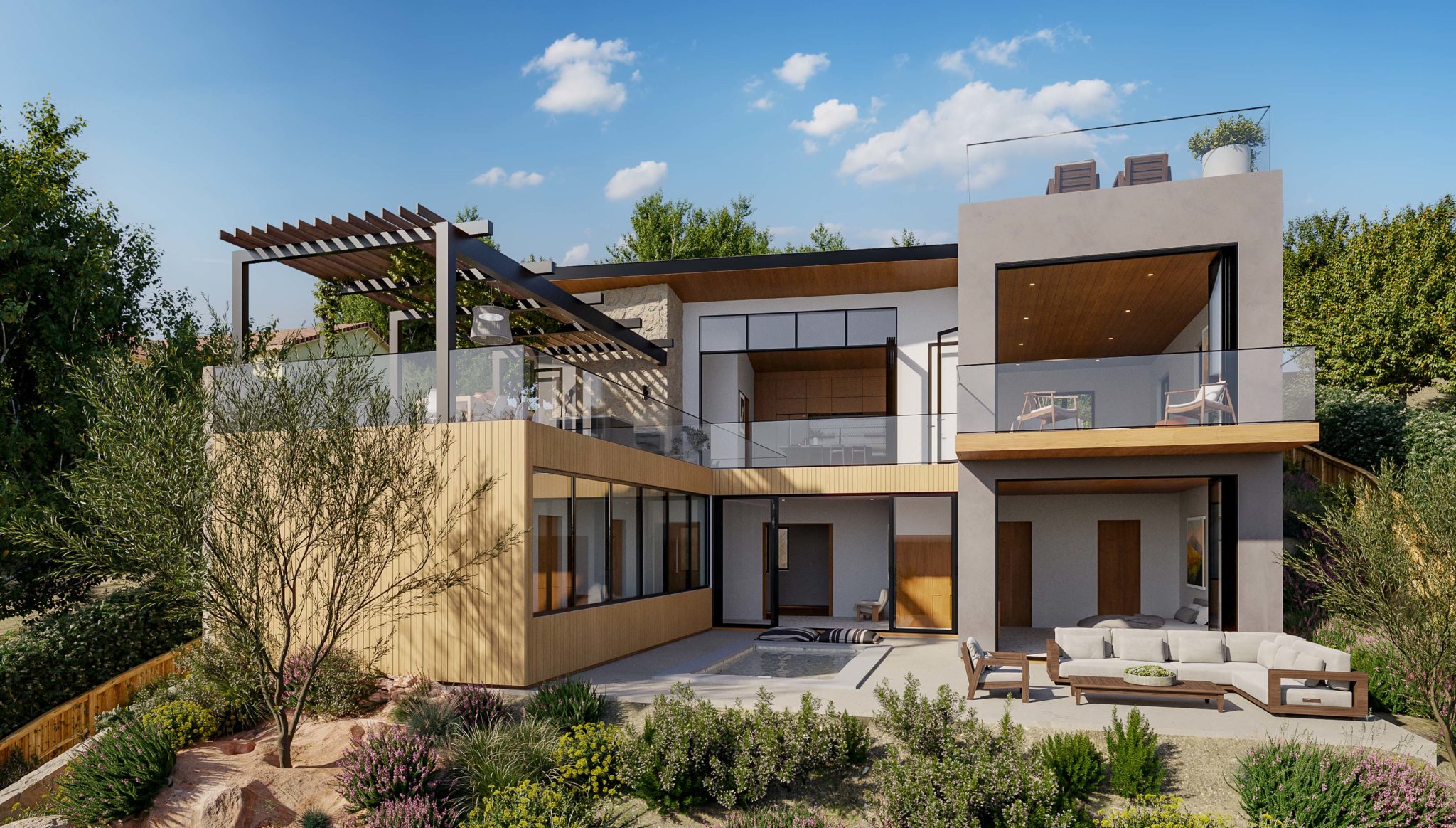 In this case study, we present a young couple in San Diego, California keen to finance their property purchase with additional rental income. Discover how Letter Four revolutionized their plans with our expertise in SB9.

In this case study, we present a young couple in San Diego, California keen to finance their property purchase with additional rental income. Discover how Letter Four revolutionized their plans with our expertise in SB9.

Our clients are a couple in their thirties working full-time in the medical field. They are San Diego residents and have recently made their first property purchase — which was planned to function both as a permanent home and a way to generate additional income.

Before they started their project with us, they had been generating extra income by renting some of the rooms in the house on Airbnb. They used this income to help them to afford the mortgage on their home and sizable lot.

The challenge: a vision too big for the city code

Our client’s lot is in a prime location in San Diego, very near the beach. The couple’s primary concern was the cost of the lot and subsequent mortgage repayments. They hoped to generate long-term reliable income to fund their mortgage while having a home of their own.

The couple initially planned to construct an additional dwelling unit (ADU) in the yard — an investment property they could live in while renting out their main home. And while the dream was coming together, it wasn’t quite as perfect for them as it could have been.

“We live in Pacific Beach, about a mile from the ocean. We had plans for an ADU but, because of city codes, we had to cap our plans at 1,200 square feet. We were going to make it work with outdoor living spaces, but if we could have done something bigger, we would have. The problem was that we couldn’t get everything we wanted with the limitations of the code at the time.”

When SB9 — California’s Housing Opportunity and More Efficiency (HOME) act — passed, the Letter Four team saw an opportunity to help the couple expand their existing plans, generate more income, and retain the quality of life they’d been used to.

SB9 was the perfect solution, allowing the couple to unlock more square footage in their San Diego, CA property than before.

But there was a problem: the window of opportunity was closing, since SB9 is at risk of being revoked in the November 2022 elections. If we wanted to seize the chance, we had to do it quickly.

With the clients’ approval the Letter Four team jumped to work, researching SB9 requirements in San Diego and providing sketches of new options to achieve the clients’ project goals within the parameters of the new state bill.

With the couple’s readiness for change, we were able to assist with the code rechecks for SB9 via draft ordinances, and contact the local representative to make sure the planned construction was done in accordance with the new bill. This allowed us to achieve the couple’s vision for the future, without compromise.

Where are we today?

Instead of the small, 1,200 square-foot ADU our clients were originally limited to, we are now creating a 3,000 square-foot single-family residence (SFR). On top of that, a portion of the building is designated as an ADU, which can be rented out. This creates significant additional rental income for our clients.

With this plan, the couple would now have two rentals as well as a beautiful and well-proportioned primary home for themselves with the help of Letter Four.

This plan had several advantages for the couple:

“Letter Four was really great. We knew what we wanted… ish. But when we brought it to them they made it a bajillion times better. They really took into consideration the purpose of the dwelling and how we wanted a series of separate spaces to maximize the commercial potential of our property and build a community.

Hear it from the clients…

“I’m still giggling to myself. It’s a huge project and I’m excited, but it’s still a little scary. That said, Letter Four has been so easy to talk to; supporting us, validating our concerns, and then helping us overcome them.”

We hope the clients will look back on this project as a fun experience and a fantastic investment — safeguarding their existing quality of life as well as future financial security.

After all, the couple will ultimately gain two rentals and a primary home, instead of just one ADU.

“We would have made it work before with the ADU, but now we’ll have so much more space and more space for people to gather around us. Ours will be the house where people socialize, live, and learn from each other. Before we were having to use all sorts of tricks to try to get close to our big vision and now, with SB9 and Letter Four, we don’t need those tricks at all.”

The Letter Four is a full-service Design-Build contractor in California that creatively but efficiently addresses any project’s challenges. Our Design-Build process is ideal for California homeowners investing as a result of SB9 — whether that’s a renovation, duplex, or even a fourplex!

With all aspects of design and construction managed by one team, your plans will make the most of new development laws, in line with your timeframe, aspirations, and budget.

Get in touch today and let’s turn your dreams into reality with the power of SB9.

©2022
LETTER FOUR
Should you develop your Los Angeles property as a Small Lot Subdivision or through SB9? Which is preferred based on your investment goals?
November 10, 2022
Supporting Women in Architecture: What We Do Differently At Letter Four
When architecture became a formalized profession in the 1850s, women were excluded. Though a few universities admitted women to architectural programs starting in the late 1800s, it wasn’t until a century later, in 1972, that Congress passed Title IX — an education amendment that prevented universities from discriminating against applicants based on sex.
November 9, 2022